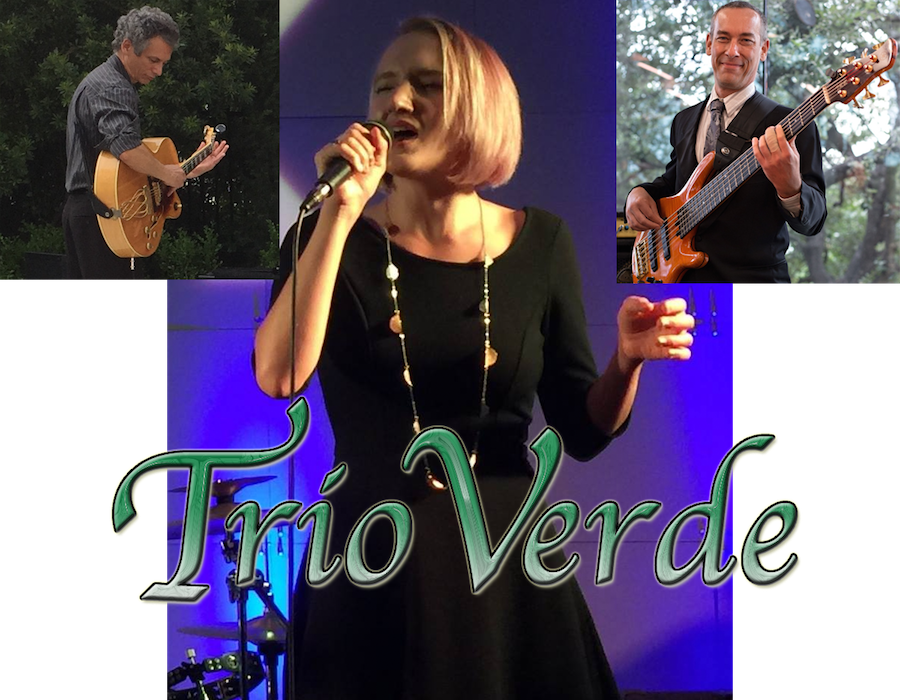 Trio Verde is Aubrey Hays, Monte Mann, and Rob Roeder, playing Jazz, R&B, and Blues in Austin and throughout Central Texas. The band has released one full length album, ( and will be releasing more ). This is their story: 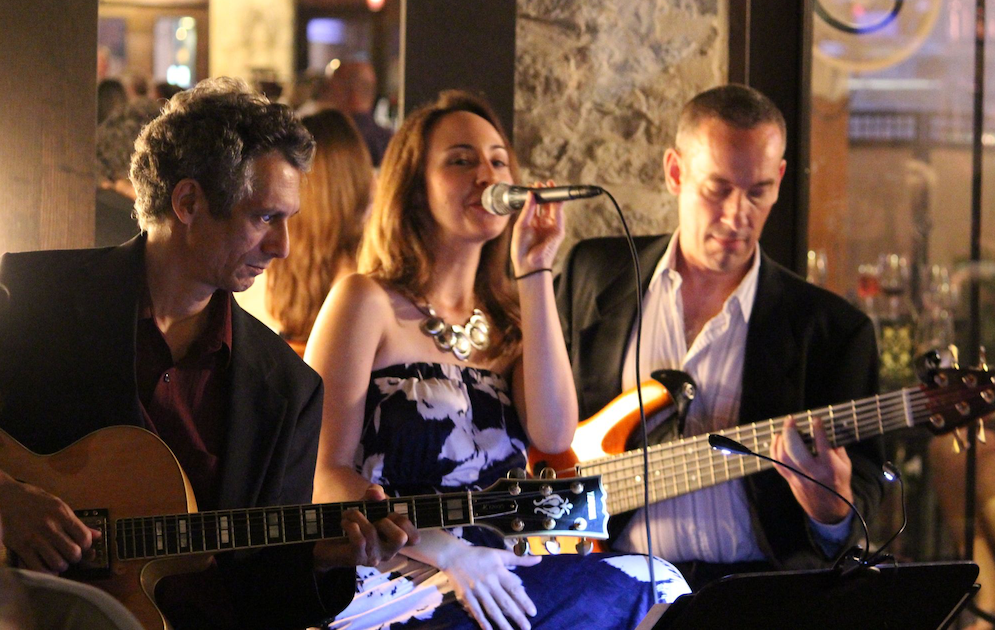 The band's goal was to perform classic jazz, R&B, and blues, and to have some fun bringing some new material to classic jazz styles. A swing version of Michael Jackson's "Billie Jean"? They do that. Lady Gaga's "Poker Face" performed as a bossa nova? They do that too. ( They've 'jazzified' music by people ranging from Luciano Pavarotti to Lana Del Rey to Ozzy Osbourne! ). Playing without drums or percussion demands excellent musicianship, and Trio Verde rise to the occasion. ( It also means they have excellent control over their stage volume and only require a small space to put on a big show ). But the band is also suitable for situations where energy and excitement are more important than subtlety. Starting in January 2015, the band began to occasionally play as Trio Verde Plus, supplementing the basic trio with Aaron Lack on percussion. In July 2015 the band played for the first time as Trio Verde Grande, adding horns to the Plus line up. Trio Verde Grande brings the same unique musical quality to an even higher energy level.

After 4 years of gracing our shows with her gorgeous vocals, Jess moved to the east coast in mid 2017. ( Our album Live 2016 highlights Jess's tenure with the band ). We were sad to see her go, but excited to welcome Kember Ottley as our new vocalist! Kember's first show was the Cedar Park Jazz Fest. Outdoors on a hot Texas evening most of the audience just wanted to sit and listen, but one serious jazz fan just had to dance ;^)

At the end of 2019 Kember too moved on. Good vocalists are hard to find, so we felt very fortunate that Aubrey Hays decided to take over center stage with us.

Aubrey continues Trio Verde's tradition of vocal excellence, ( just listen! ), and we are happy and excited to have her aboard.

As well as musical excellence, Trio Verde, Trio Verde Plus, and Trio Verde Grande, are all dedicated to first class professionalism. Hire us for your event and you'll find doing business with the band is almost as enjoyable as listening to them!